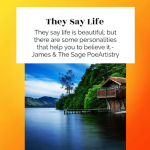 For Security Consultants and home users feeling comfortable with using Information Technology, It was a time of wisdom.

It was a time of practicality.

It was a time of good advice.

It was a time of data protection.

In the year 2004, when Windows XP was the popular operating system, the program called Truecrypt arrived on the scene.

People who were interested in the product were able to download, install it, implement the basic setup; and use it all under 30 minutes.

(Humor) Why back in the day, when you gave a laymen definition of encryption: “The process of converting something that is readable into unreadability. Only the right key can unlock the code to make it readable again.” – JAL; you would then show a Truecrypt picture.

For ones who want the technical education, see Dictionary of Networking published by Sybex.
Encryption: “The process of encoding information in an attempt to make it secure from unauthorized access, particularly during transmission. The reverse of this process is known as decryption.”

Truecrypt was programed with the ability to implement the following algorithms:
AES
Serpent
Triple DES
Twofish
AES-Twofish
AES-Twofish-Serpent
Serpent-AES
Serpent-Twofish-AES
Twofish-Serpent
A lot of choices to choose from for sure. Who developed Truecrypt? This seems to be a guarded secrete in itself and only those who need to know, know the names of the developers. This may or may not change in the future. The millions upon millions of downloads attest to the value of the developers work.

Now consider the questions below that will be answered in the next article:

Only at GEEK BRAIN DUMP!

For The Record Video

Wildfire What a Song Video

Keeping Your Mind Together Video