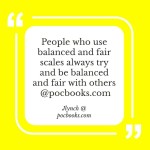 This time his audience, in addition to one uninvited guest, came into his chamber.

The clearing of the throat from excellence born began…

Pausing, “Did I ask for your input?” His fingers gently continued the strokes on the strings.

“I will sing along, the air is sweet and the land is pure, la la la.”

Lamont, without missing a note continued playing, “How about I give you a treat to be quiet?”

Lamont reached into his right wool shirt pocket; as he pulled out a red treat of liquorice between his right index and middle fingers, his guest flew over and landed onto his right shoulder.

Route’ stretching out his neck at an angle as if to see if there are any more treats in Lamont’s pocket, “Thank you.”

Route’ quickly swooped in one flap of his wings snatched the liquorice out of Lamont’s hand and few right back out of the chamber.

There are several collected instruments all around this chamber which soothes the soul in the evenings, and places pep in your step in the ballroom.

This chamber room is the favorite of friends and visitors alike.

“Everyone should have a special place like this,” Lamont tells the company; then he says,” Be careful how you touch the instruments in here.”

Walking over to the edge of the piano, he places the Lyre size harp in its strong glass protective enclosure built into the library wall. As he steps back, there is an “exhale” as he just stares at the holding area for his most prized gift.

One of the strings were missing from this specially designed 4 stringed harp.

“Angel, just how old it is, I don’t know, but not just any string can be used to restore the unique sounds it creates in its zenith ability.

It is a warm day outside. In this location of the world, it is the beautiful norm. Different types of  birds come through all the time, Lamont finished his thoughts in a whisper tone, “But who can say, they have a Route’?”